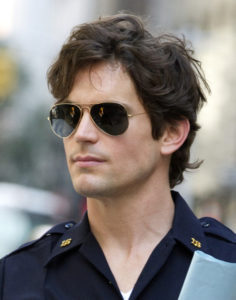 Teashades sunglasses – also known as John Lennon’s signature sunglasses have perfectly round lenses. This may look a little extreme to some but stars have begun to rock this look again. We’ll be able to see more of these this year maybe in a more modern version if not exactly as it is.

Wayfarers – this signature sunglasses of James Dean have been out since the 1950’s is a product of Ray-Ban. This shades is made out of plastic perfectly frames the face and is a snug fit in the nose which compliments almost all face shapes.

Aviator sunglasses – which is another Ray-Ban product was originally for military use is still popular for this year. A small variation in lenses and colors should be expected but will remain almost the same. This is one of the favorite classics women also enjoy.
Any design you choose better be in a basic color such as black so you’d still look in style for the next year. They should be able to frame the face properly and compliment the nose. Men’s sunglasses for 2011 are just some of the blast from the past.